Yeap! I am Canadian, and this is my journey to the PTE exam.

I knew from the beginning that moving from Canada to Australia would be one of the easiest transitions of my life. I mean, the culture is similar (excluding the fact that Canadians don’t ever feel comfortable walking around in public with no shoes on!), the food and coffee is actually better (I see you, strong skinny latte!), and of course the language spoken here is the same as the one I speak at home (although often shortened down to two syllables for some strange reason!) Australia also seemed like the ideal place for me to pursue graduate studies in psychology, as the programs in Melbourne come highly recommended, but more importantly are shorter than Canadian programs and thus ideal for lazy people like me who can’t fathom the idea of being chained to their university for nearly 7 years! And so it was that I left my life in Canada to pursue the “Australian dream” (one hopefully filled with adorable kangaroos, fancy avocado-based brunches, and maybe even a handful of public shoeless adventures)!

When I arrived in Australia, I applied for a masters program at several well-known Melbourne universities and then immediately got to work hunting for scholarships to help offset the inordinate amount you have to pay as an international student if you want to study in Australia (for my program about 40,000 AUD a year). Within less than a month, I had gotten an email back from a major Melbourne university notifying me that I had gained early acceptance for my program! I was overjoyed, and spent about 30 minutes happy dancing around my living room before returning to my laptop to actually read the full offer. When I could finally contain my joy-filled victory spasms, I read my university offer more closely and realized something strange. I had been offered entry to my program  —yes— but only on the condition that I sit an English proficiency exam like the PTE (Pearson Test of English). I thought this had to be some sort of mistake; I am a native English speaker from an English speaking country and it had never even crossed my mind that I might need to take some academic English test to prove my proficiency!

Upon reviewing the full offer, I gave the university a call with the intention of explaining their mistake and then happily accepting their offer. I thought it would be a 10-minute conversation in which I explained the error, had a few laughs with the administration on the other end of the phone, and then went on my merry way. Instead it was a 3 hour ordeal in which the administration refused to withdraw the English proficiency condition and refused even further to take our extensive conversation as proof of my English ability. It turns out that because I had completed my high school and university courses partly in French (an excellent Canadian initiative known as “French immersion”) I did not meet the English language criteria for the program without taking a test. After my many and varied attempts at getting around this failed spectacularly, I found myself grudgingly typing “what is pte test” into the google search bar.

It wasn’t really the prospect of sitting a redundant English test that bothered me, I actually enjoy the kinds of reading and writing activities found on the PTE; it was the fact that I would need to shell out over 300 AUD in order to do so. It seemed vastly unfair and I pretty much complained about it to anyone who would listen for weeks. Never once in my bilingual education did I think that learning in French would be anything but a massive advantage in the academic world. I even had to take an exam similar to the Pearson academic test in order to get bilingual certification, and I still remember the pride I felt at being able to prove my ability in my second language. There’s no pride in passing an language test presented to you in your mother tongue, and certainly no incentive for paying for it!

After a few weeks of pointless self-pity, I pulled my head out of the sand for long enough to realize how lucky I really am. Sure, I’m not thrilled about the cost of proving I can speak my own language, but in the end if I am willing to pay the exorbitant university fees (or at least willingly incur that debt), taking the PTE shouldn’t be more than an inconvenience for me. For many, it’s a lot more than an inconvenience; it’s a barrier that will stop them from reaching their educational goals. For many, the time and money that will go into attempting an English proficiency test like the PTE will wreak financial and emotional havoc on their lives. When I started working for E2Language, this reality hit me like a ton of bricks. There are so many people out there who have spent thousands of dollars trying to pass their English exam so they can have the opportunities that I have by default. There are people that ace the PTE writing section but fail the PTE speaking portion miserably because of their crippling anxiety. There are people who make a PTE exam booking every single week in the hopes that next week something will finally click for them. There are even people who give us their PTE login passwords because they are too terrified to check their own test results. And then there are the people who just give up on their dreams because they don’t believe they will ever have the language tools to succeed. This is something I’ve never worried about, despite the minor inconvenience of writing the test.

Needless to say, I am incredibly proud to work for an organization that helps prepare people for the Pearson Test of English and other proficiency exams. It’s helped me understand the incredible advantages I have been handed because I was lucky enough to grow up speaking the world’s most commonly used language. It’s humbling to watch people work as hard as they do to get where they’re going, and I’m thrilled to be a small part of their journey. I finally bit the bullet and will be writing my PTE on July 1st, which is fittingly Canada day! Although I’m not too worried about my own PTE results, I can now appreciate how good it will feel to so many people to walk out of the Pearson test center knowing that they’ve achieved the next step in their own versions of the “Australian Dream”, and I hope I can continue to play at least a small part in making that dream a reality. 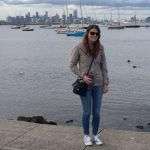 10 tips on Mental Health before an English Test

PTE or OET? Which Test Should I Take?
All Comments 4