Note: This article follows on from How to Crack PTE Describe Image: Formula & FAQS.

So, these questions are designed to test your speaking skills.

Remember that you only have 25 seconds to prepare for the PTE Describe Image. You need to understand an image, think quickly and deliver fluent, grammatical and relevant sentences within a 40-second timeframe. What a challenge!

Use the 4-sentence formula (explained in the previous article above) and attempt the following PTE Describe Image practice charts by speaking to the following types: 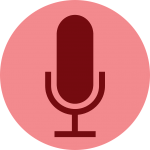 PTE Describe Image Practice: Example of a Process or Cycle

Your turn. Describe the process above.

The image shows the design process for a new house. The process begins when the client completes a questionnaire and ends when a light-filled comfortable house is created. After a free initial consultation the design phase begins. Next is the pre-construction phase which is followed by construction.  During the final phase the keys are handed over and there is a maintenance check. After this the clients can enjoy their new home.

Make sure you are confident with the language for images and that you can pronounce keywords correctly. Your correct use of grammar and vocabulary will drastically improve your overall score. Here are some images. You have 25 seconds to prepare and 40 seconds to speak.

The image shows the Enquiry Process and Terms of Reference for Australia in 2015. The process begins with the Terms of Reference and ends with the Government response. In the beginning, there is initial research and consultation followed by an Issues Paper and a call for submissions. Then there is a Review of Submissions. Later a Discussion paper is produced. This is reviewed and after further consultation, a final report is produced. This then goes to the government and a response is given which may involve a change in the law. The line graph shows the crude death rate for infectious diseases in the US from 1900 to 1996. The highest rate of deaths was in 1920 whereas the lowest was in 1980. The number of deaths fell consistently over the period apart from the peak in 1920 and rise after 1980. Possible reasons for the overall fall in deaths from infectious diseases may be related to the introduction of penicillin and vaccines.

The table shows the demographic composition of white-tailed deer pre-hunting populations in North Carolina on a 30,000-acre area from 1965 to 2000. The largest total number of deer occurred in 1965 while the smallest number occurred in 1985. The numbers of males declined throughout the period while female numbers fluctuated, but were always higher than males. A possible reason for fluctuations in numbers may be related to climate conditions. The bar graph shows the distribution of vehicles by origin and type. The most common vehicles were sedans whereas the least common where hybrids.  The majority of sports cars and wagons came from Europe, but overall the largest number of cars came from Asia and the USA.  A possible reason for the popularity of the sedan may be that it is a family car and is suitable for a vast range of consumers. The hybrid may be the least popular because it is expensive. The map shows the Republic of Cyprus. The largest region on the map is the Republic of Northern Cyprus while the smallest is Episkopi in the south. The island is in the Mediterranean Sea and the north and south are separated by a UN buffer zone. The Troodos Mountains run through the regions of Paphos and Limassol in the south. A possible reason for the UN buffer zone may be political differences.

Note: Be flexible with maps. An extra sentence was added before the conclusion in order to make 30 seconds.

There you have it! Some great PTE describe image practice questions that are similar to what you will get on test-day! Avoid these common PTE mistakes for PTE Speaking!